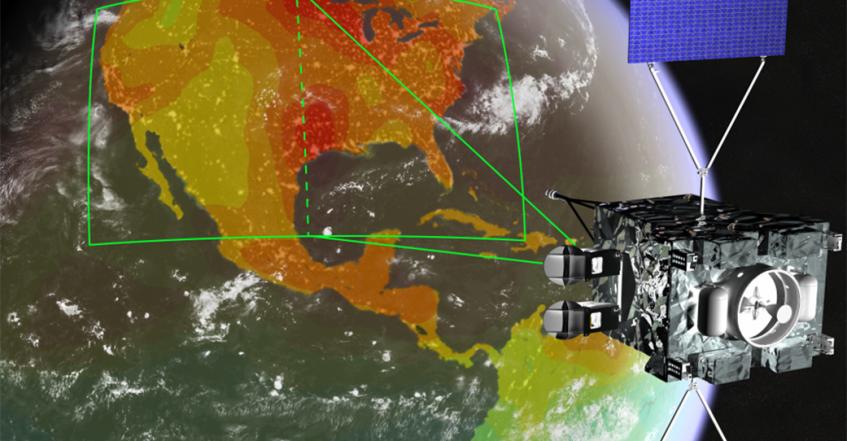 Good news for Sentinel-7 and SCARBO: a new NASA Earth science mission in the early stages of design may achieve a transformational advance in our understanding of the global carbon cycle by mapping concentrations of key carbon gases from geostationary orbit.

The Geostationary Carbon Observatory (GeoCarb), targeted for launch in the early 2020s, will build on the success of NASA’s Orbiting Carbon Observatory-2 (OCO-2) mission by placing a similar instrument on a commercial communications satellite. Its longitude will allow “wall-to-wall” observations over the Americas between 50 degrees North and South latitude.

While a geostationary satellite can only cover a specific area of the globe, thus not providing global coverage, the frequency of observations is vastly higher than a Low-Earth-Orbit (LEO) satellite (in LEO you would need a very large constellation in order to achieve that).

GeoCarb will collect 10 million daily observations of the concentrations of carbon dioxide, methane, carbon monoxide and solar-induced fluorescence (SIF) at a spatial resolution of about 5 to 10 km.

When measuring GHGs concentrations, international agreements are fundamental in order to "trust" the data received. As a consequence, from a European perspective, the fact of having other international missions planned is a positive fact. Sentinel-7 and a potential SCARBO constellation might strongly benefit from a synergy, for example, with GeoCarb mission.