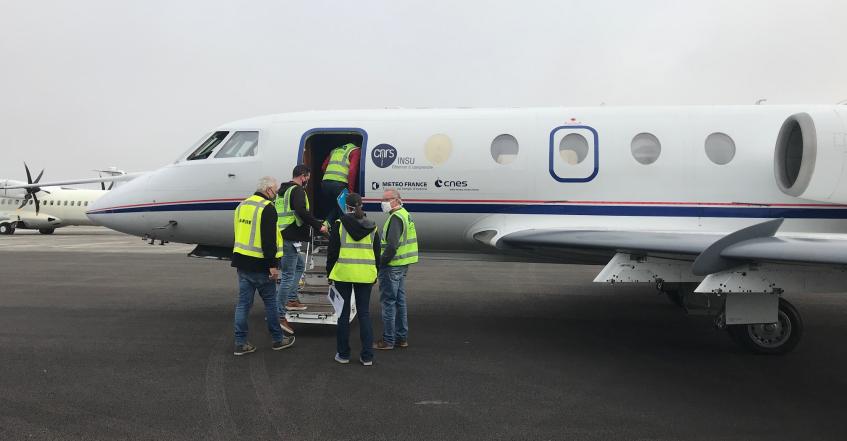 After being delayed by a faulty element onboard the test aircraft, we were finally able to start our flight test campaign on Friday 9 October.  The Falcon 20 successfully performed its EMI test flight in the morning to verify the absence of electromagnetic interference that would affect measurements.

The first science flight took off in the afternoon at 2:15 pm for a duration of 3.5 hours. We headed towards South of Spain where we could find clear sky conditions and started collecting data over land and sea providing interesting topography variations for NanoCarb, and over Aeronet stations (Granada, Tabernas, etc.)  for SPEXairborne.

Since then, the Falcon 20 test aircraft is unfortunately grounded due to an issue with the hatch motor. We are waiting for a spare part to be delivered and eager to resume our flight campaign.

In the meantime, the science team is actively exploiting the science data retrieved during the flight over Spain.